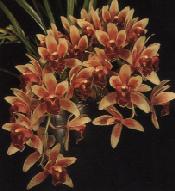 All hybrids must be registered to be eligible for trophies.

Each perpetual trophy winner will receive an engraved plaque. If any trophy is awarded to a person outside of the Southern California area the trophy is to remain in the custody of The Cymbidium Society of America, Inc. Name of winners will be engraved on the trophy.